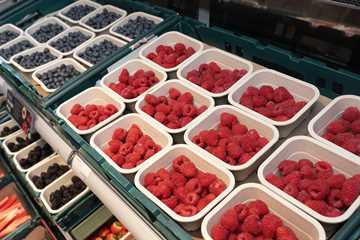 Increasing consumer awareness of plastic use and waste have forced brands, manufacturers and consumers to rethink the sustainability of their product packaging. We consider the facts – and not the myths – about the environmental credentials of potential replacements for plastics.

Manufacturers of biodegradable and compostable packaging claim it is more sustainable and environmentally friendly than plastics because it is made from a renewable carbon source – plant-based materials, such as corn oil, starch, and plants – and because it will eventually break down in the environment.

According to the Bio-based and Biodegradable Industry Association, compostable bioplastics currently represent approximately 10,000 tonnes of UK sales. In 2018, global production capacities of bioplastics amounted to about 2.11 million tonnes (Mt), with almost 65 per cent (1.2Mt) of the volume destined for the packaging market – the biggest market segment within the bioplastics industry.

To describe a material as ‘compostable’, from a coffee cup to a drinks bottle, it must break down in under 12 weeks in composting conditions. Yet, in the UK, very little biodegradable and compostable packaging is industrially composted.

Richard Kirkman, chief technology and innovation officer at UK waste services provider Veolia UK, says the company can process only “very, very small amounts” of these materials and, in practice, they are currently only processing starch-based biodegradable food bags – those used for food waste collection bins – and some coffee cups. Most do not decompose in the necessary timescale while others get screened out at the sorting process, which isn’t always able to determine which are ‘good’ biodegradable items and which are ‘bad’.

Therefore, most ‘compostable’ packaging in the UK is processed as general waste.

Plant-based polyethylene terephthalate (PET) can be recycled because the polymer is identical to fossil-fuel-based PET; however, many question the environmental benefits of using arable land to produce plastics.

European Bioplastics says a market of 2.62Mt would need only 1.02 million hectares, or around 0.02 per cent of the global agricultural area, to grow grain for packaging. However, this would barely make a dent in today’s volume of plastic use. According to a 2017-2018 report from PlasticsEurope, 8.4Mt of plastic were recycled in Europe in 2016.

Myth 2: Aluminium, glass and paper are lower-carbon alternatives to plastic

Aluminium, glass and paper-based products are all instantly recognisable as recyclable and therefore considered more sustainable and environmentally friendly. Therefore, many brands have swapped plastic for these materials wherever possible to appeal to environmentally conscious consumers.

Yet research shows they produce more carbon than plastics. A 2011 peer-reviewed study by Denkstatt compared plastic-packaging polymers – LDPE, LLDPE, HDPE, PP, PVC, PS, EPS and PET – with tin-plate, steel, aluminium, glass, corrugated-board, cardboard, paper and fibre-cast, paper-based composites and wood. It found that if these materials were to replace plastics, the packaging mass would, on average, increase by a factor of 3.6, and life-cycle energy demand by a factor of 2.2, or 1,240 million gigajoules per year, which is equivalent to 20 million heated homes.

Among other things, plastic bottles take less space on trucks than glass bottles, and plastic food packaging contributes to a longer shelf life for fresh food. Polymers can usually do the same with significantly less material mass per unit.

In most cases, the report says, this leads to lower production energy and greenhouse gas emissions per functional unit. Among the seven plastic-packaging sectors, beverage bottles, shrink and stretch films and other flexible packaging show the highest overall benefit.

Similarly, it takes more than four times as much energy to manufacture a paper bag as a plastic bag, according to the Northern Ireland Assembly.

Paper bags, it says, generate 70 per cent more air and 50 times more water pollutants than plastic. In terms of reusability, a polymer-based bag can carry 2,500 times its own weight and stay strong when wet; it can be re-used many times, and is compact enough to be carried in a pocket or bag. Furthermore, it takes 91 per cent less energy to recycle a kilogram of plastic than a kilogram of paper.

Myth 3: All plastics are bad

Since the 1950s, plastic use has been increasing exponentially, largely because it is versatile, cost-effective and lightweight. According to the British Plastics Federation, 50 per cent of all products manufactured in Europe are packed in plastic, yet in terms of weight it accounts for only 17 per cent of total packaging materials used.

While undeniably over­exploited, some single-use plastics are vital, particularly in areas such as medicine. Multi-use polymers have their advantages too, notably their durability.

The most common use of plastic packaging is for keeping food fresh. According to the Waste and Resources Action Programme (WRAP), a staggering one-third of all food produced in the world is wasted; in the UK alone, £810 worth of food is thrown away each year by the average household. Without plastic packaging, these figures could increase even further.

Stephen Aldridge and Laurel Miller, authors of ‘Why Shrink-Wrap a Cucumber? The Complete Guide to Environmental Packaging’, say a wrapped cucumber lasts more than three times as long as an open one and will lose just 1.5 per cent of its weight through evaporation after 14 days, compared with 3.5 per cent in three days for an unwrapped cucumber.

A recent Daily Mail campaign to unshrink-wrap cucumbers led to the Co-op supermarket chain using a breathable liner inside the cardboard containers displaying the cucumbers. Despite claims that this would keep the produce fresh for 40 days, the cucumbers started deteriorating as soon as the containers were put on the shelf.

@starr824 😍🥰😍🥰😍
This sounds wrong but is sooo good: pasta with lumpfish caviar, blue Stilton cheese, black olives, cream cheese and egg yolks. Yum.
Is there anything more frustrating than watching a baby try and feed themself? 🤷🏼‍♀️ #babies #childlife
Our little fatty. ❤️🥰🌟 #lafamilia #lockdownlife
Showing a tiny bit of gratitude for childcare! What would we do without nursery?? And it’s not easy in the circumstances. Thanks @whisks.and.sprinkles for the lovely rainbow swirl cupcakes #cake #cupcakes #thankyou
Maltese cross cupcakes from @whisks.and.sprinkles for my dad’s birthday 🥰🥰 You can see Jack didn’t like it when I told him not to touch them! 😂😂 #cupcakes #cake #birthday #happybirrhdaypapa #birthdayboy