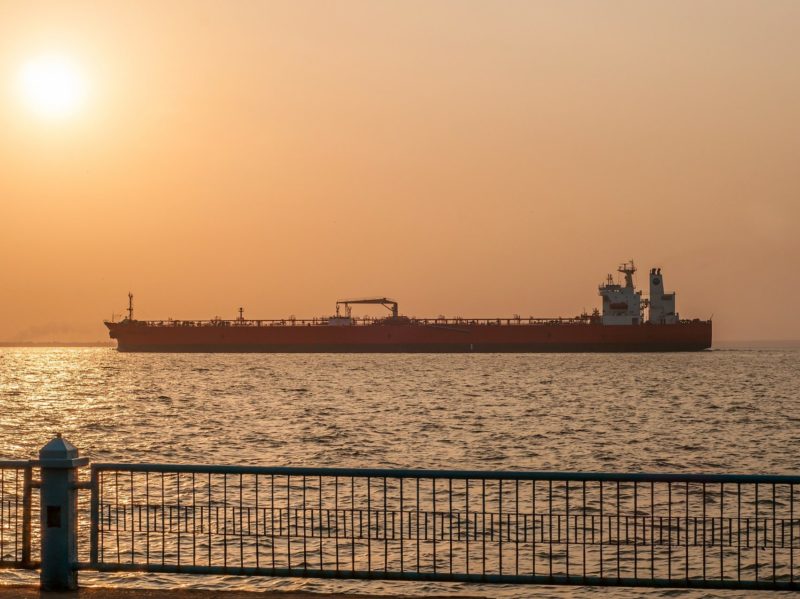 As humanitarian turmoil and political tensions continue to rise in Venezuela, the country’s economic lifeline, its oil industry, is in near tatters, strangled by US sanctions and embroiled in a row with neighbouring Guyana. As sanctions continue to bite and the industry struggles to find new buyers, what might the future hold for Venezuela’s all-important oil sector?

The once-wealthy Venezuela is in a state of profound crisis: its people are starving and oppressed, medicines are scarce, inflation is at a million percent, and two men claim to be its rightful leader.

Central to the crisis is the jewel in the country’s crown: the largest known proven oil reserves in the world.

From 2005 to 2013, Venezuela’s nationalised oil industry was raking in billions a year, peaking at almost $96bn in 2013, according to Banco Central de Venezuela data, with oil income said to account for around $96 of every $100 of revenue.

An industry in slow decline

However, for the last 15 years or so, mismanagement, underinvestment, rampant corruption and a plummeting oil price has seen the industry fall into decline, dragging the country down with it.

Today, Venezuela’s abundant oil reserves are largely controlled by the military, handed to it by incumbent leader Nicolás Maduro in 2017, and serve as an economic lifeline to both the country and the population at large.

But Venezuelan oil production is under increasing pressure. Its crude exports to the US average about 500,000 barrels per day (bpd), but these will end under new sanctions instated in January. These state that US persons cannot make cash purchases from state-owned oil company PDVSA or sell it diluent, which is needed to blend Venezuela’s extremely heavy crude.

The restrictions are expected to have a significant impact on the country’s export revenue. Furthermore, tensions are increasing in the government’s ongoing dispute with neighbouring Guyana over the discovery of five billion barrels of oil equivalent in disputed coastal waters.

“The oil industry is really in tatters; production is at the lowest it has been for decades, the government can’t afford to pay the workers and there are no repairs, maintenances or investment,” says Eileen Gavin, senior Latin America analyst at Wood Mackenzie’s sister company Verisk Maplecroft.

PDVSA is functioning, in part, says Gavin, due to its 60/40 joint venture (JV) partnerships with foreign firms Chevron, Total, Eni, Russian-owned Rosneft and Chinese-owned CNPC, with the lion’s share of production coming from these operations.

However, since the sanctions, PDVSA has been forced to find new cash buyers for this heavy crude, especially as one of its main buyers, China, is not paying cash but receiving oil shipments in lieu of mounting debts.

“It is going to be very difficult, if not impossible for Venezuela to find a cash buyer for the volumes it was sending to the US,” says Jim Burkhard, vice president and head of IHS Markit crude oil research.

“It’s a big challenge because the US Gulf Coast refining industry is the biggest market for crude; others could buy it, but probably not in the same volumes.”

Venezuela has found some custom from India, which is becoming an increasingly lucrative buyer. The government says it wants to double exports to the country but, even so, it is likely shipments will be heavily discounted due to quality issues and in order to compete with Middle Eastern grades.

Meanwhile, the government finds itself again embroiled in a stand-off with neighbouring Guyana over a century-long dispute after ExxonMobil discovered more than five billion barrels of oil and gas off Guyana’s coast. In December, the Venezuelan navy stopped two ships exploring in the disputed coastal waters.

“This has been going on for years and is unrelated to the current economic crisis,” says Jose L. Valera, partner at Mayer Brown LLP.

“This will probably need to be taken to the International Court of Justice, where a final determination of where the border line is can be made, but it doesn’t seem to me to be intentionally provocative from Guyana, just the government doing what it believes is has a right to do,” he adds.

Half term break #Malta #halfterm #Holidays #architecturelovers #architecture
Maltese Pastizzi #Malta #food #snack #Holidays
Love this take on the unicorn cake, so sophisticated but fun! By @whisks.and.sprinkles Tasted amazing too. Happy birthday to my lovely niece 💕💕🎉💕💕 #cake #birthdaycake #unicorncake #littlegirlbirthdayparties #celebration
Today I’m in @TheTimes writing about replacing GDP as a measure of economic growth to tackle climate change. It’s a very interesting idea that has been floated for sometime but never gained traction. I spoke to some interesting people and innovative companies about the notion, including the former CEO of Unilever. #journalism #climatechange #measurewhatwetreasure #consumerism #growth #gdp
Quite impressed I managed to make pizza with two under 5s and it wasn’t a total disaster. The dough was from @pipersfarm and made delicious pizza, I was really impressed. #pizza #pizzatime #kids #food
I love @pipersfarm This duck from them was sooo delicious and a lovely birthday treat for @starr824 we ate it all week and I made a delicious duck stir fry! I’ve store the fat for other dishes and made stock with the giblets and bones! #lovefood #comida #duck #London