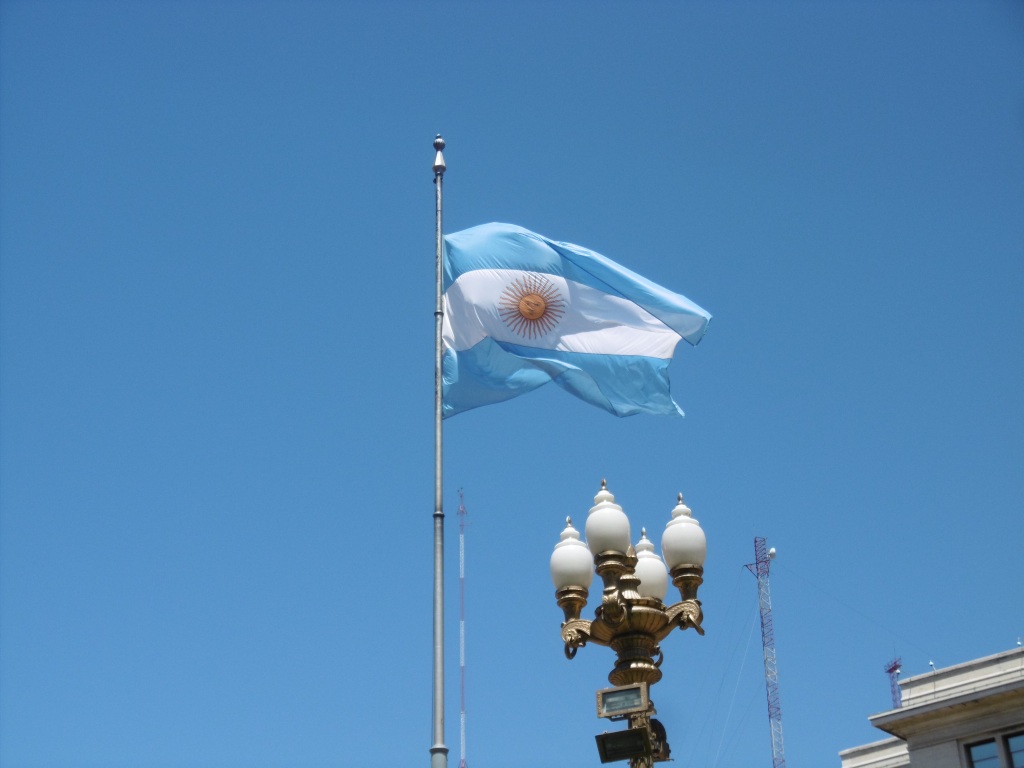 After making a somewhat rash decision the husband and I have vacated the heady, humid streets of serene Sydney for good and set about a six-month long trip to Latin America, first stop Buenos Aires.

After a 17 hour journey via Aukland and Air New Zealand we landed in Buenos Aires just over a week ago.

Perhaps the antithesis of Sydney – it’s at least five times the size, for starters – BA, as I’m going to call it, is a sprawling city full of culture, unclean air and stunning colonial European architecture where the vibe is chilled and the people like to stay out late.

We spent a week here, mostly because the AirBnb we booked was much cheaper than any accommodation we could find in Sydney – about £22 a night. So we spent a lot of time getting over jet lag, we gained 14 hours and lost a lot of sleep, as well as planning the first leg of our trip. Otherwise, four nights would easily have sufficed.

On our first sight seeing trip about the city we visited Plaza de Mayo which sits opposite the Casa Rosada, where newly elected President Mauricio Macri goes about his business. A few days later we saw a massive protest, complete with a music concert and flags of Che Guevara and Evita. No idea what the protest was about but Argentina seems to have a culture of political protest as this was the fourth we saw in seven days, all very peaceful.

Also around the same square are other notable buildings of interest such as Metropolitan Cathedral of Buenos Aires and Buenos Aires Cabildo.

Land of the dead

On our first morning we visited La Recoleta Cemetery where BA’s elite, rich and revered are laid to rest forever. It’s basically a mini village full of tall tombs and statues dedicated to those that have passed. I overheard from a guide that a plot can set you back $300,000! In some whole families rest within a tomb. There are generals who died a century ago to more recent sparkling  and newly built tombs, but the most famous resident has to be María Eva Duarte de Perón who is laid to rest here with her family but, interestingly, not her husband.

Actually, the Evita Museum was one of my favourite things to do in BA. Housed In a former centre for vulnerable women and children – the creation of which Evita championed – the museum details Evita’s history and achievements until her untimely death at 33. Evita’s fabulous outfits are also on display and the house itself is splendorous. Eva Peron was a feminist, a liberal and a rare female icon of her generation, what’s not to love?

Another attraction worth seeing is MALBA, a modern art museum where I saw my first Frida Kahlo piece. 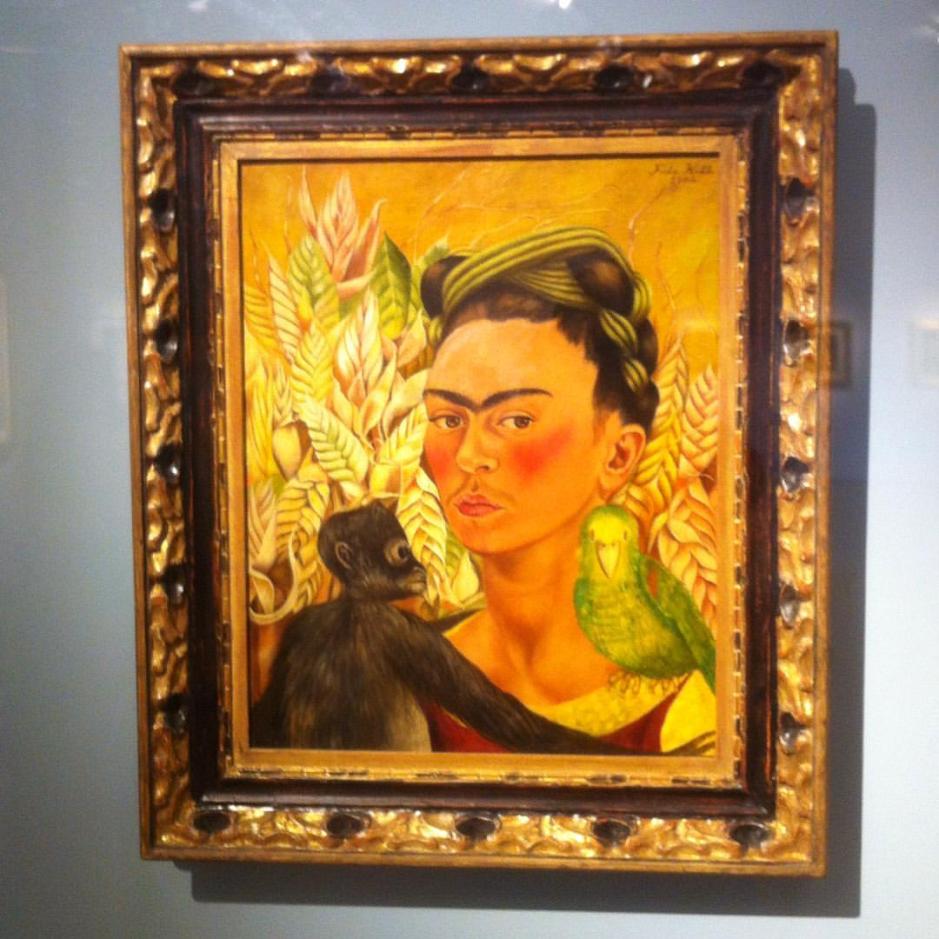 However, my most favourite thing to do while in BA was to walk around the city and take in some of the amazing and abundant architecture. See below for just one example. 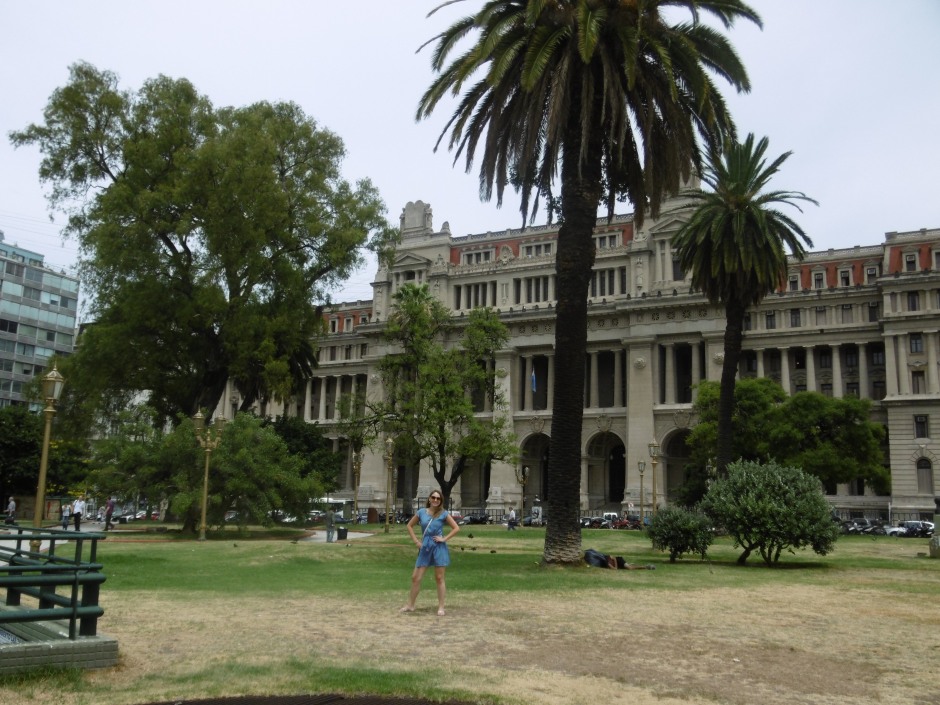 Like in any major city different neighbourhoods in BA offer different things.

There’s colourful La Boca where you are advised to only walk around the main ‘Caminita’ area because you’re likely to run into trouble. Both the taxi driver and Lonely Planet told us this. I wasn’t going to argue, especially as during the drive there you can see how run down the neighbourhood is. Consequently the place is busy and everything is geared towards tourists, but still it’s not to be missed.

San Telmo is where you’ll find cobbled streets, lots of graffiti and a market on Sunday, as well as lots of cool second-hand shopping in beautiful, run down mansions converted into makeshift mini shopping malls. There’s also live music and street tango shows.

Then there’s the upmarket Recoleta, where we stayed, and Palermo where the most bars and night life can be found and where on the weekend it’s easy to stay until gone 4 am.

Despite the available free tango shows in La Boca and San Telmo I definitely recommend going to a paid show. I heard mixed things – mediocre shows and poor food – but the one we visited, Piazzolla Tango was excellent. Set in an old theatre – apparently BA has one of the highest concentration of theatres anywhere in the world – the dancing was mesmerising and a class above anything I saw for free and the food – steak, empanadas and dessert – were delicious. It’s not cheap at US$100 (about £70) each but hey, when in Rome!

As my first encounter of a Latin American city BA hasn’t disappointed, there’s a lot more of an European feel than I had imagined but overall the Latin American passion and flamboyancy I had expected wasn’t hard to find and the people were friendly and helpful. I’ll definitely be back.

Things to note if travelling to BA:

The cash machines are fickle, we could only withdraw cash from HSBC and Santander.

We stayed in Recoleta but when coming back again I’ll stay in Palermo to be closer to the good night life and shops.

There’s a subterraneo, or Subte, as it’s labelled here but I never bothered to learn it…but I can tell you taxis are fairly reasonable.

Stay tuned for a separate blog about Argentinian food!