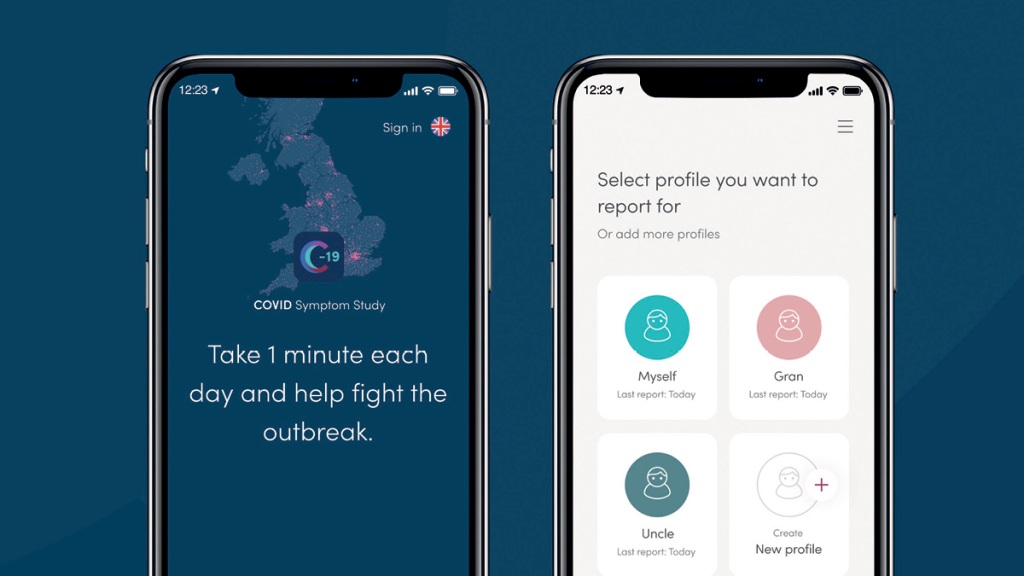 COVID-19 has touched us all, leading to an unexpected opportunity for turning everyday citizens into research scientists who could help drive major breakthroughs in fighting the pandemic

Cycling home in mid-March, like many feeling depressed about the proliferating coronavirus pandemic, Tim Spector, professor of genetic epidemiology at King’s College London, suddenly had an idea.

His study of more than 14,000 twins, called Twins UK, was concluding, but what if the participants were surveyed about their experience of the coronavirus? Within four days, Spector and the team behind ZOE, a personal nutritional tech company of which he is a co-founder, had expanded the idea and publicly launched the COVID Symptom Study app. In under 24 hours more than a million people were contributing. The app now has more than four million contributors and routinely monitors new cases and outbreaks.

“It’s the biggest citizen science project of its kind and has surpassed all our expectations, it’s been crucial for understanding outbreaks in the population,” says Spector.

What is a citizen scientist?

Nicholas Timpson, professor of genetic epidemiology at Bristol University, explains the citizen science concept as “getting the general public, as opposed to patients, involved in research”.

Timpson is part of another citizen science research project called Children of the 90s, which has been taking samples and surveying individuals from multiple generations for more than 30 years. In response to COVID-19, Timpson and his team are regularly questioning the participants and have noted a disproportionate impact on younger individual’s mental health compared to last year.

Though this study and the COVID Symptom Study are both citizen science based, Timpson says what is unique about the latter is the medium or channel is completely different.

“The app is very accessible; it’s a way to collect data across the population despite a really acute and difficult situation. It’s helping the public inform policy, as well as myself and other researchers to link our records to the results and combine them. It’s a remarkable thing,” he says.

Contributors to the COVID Symptom Study app are asked daily if they have any of 19 symptoms. Test results can also be logged and by the end of April the app had collected around 60,000, including 10,000 positive, results. The datasets were shared with researchers at King’s College London who, using machine-learning and artificial intelligence, looked at symptoms that clustered with the positive test results, against those clustered with negative results.

The information was used to train a predictive algorithm that can now determine, with an 80 per cent predictive ability, whether a person has COVID-19 depending on their symptoms. Researchers extrapolate this data across the population to create an estimated daily nationwide and local figure for people with symptomatic COVID-19.

Spector says this data allowed the researchers to understand, before the government,where outbreaks were occurring. They were also one of the first studies to identify loss of taste and smell as a key symptom of the disease, which was a significant breakthrough.

“The results are fast,” he adds. “I’ve been doing studies for 30 years and never got a result in less than six months. Yet, with the app, we included a question on loss of smell and taste, and we had the answer in a week. It’s an incredibly fast and agile tool.”

Overall, data from the app has informed 315 scientific papers and assisted the government’s testing programme by sending out 10,000 tests a week to app users over two to three months.

Processing…
Success! You're on the list.
Whoops! There was an error and we couldn't process your subscription. Please reload the page and try again.

Only in France would they hold a fete for the humble cone! #France #Holidays #food #foodie
Beach life 🥰☀️🌞🌅🚉🕶 #Malta #Holidays #beachtime
Just finished this book and really enjoyed it. Took me a few chapters to get into it (partly the baby arriving meaning it was stop/ start at first and partly as I don’t usually like books based in London all that much as I like to read about other places, though it’s not all based in London) but Evaristo writes compassionately from the perspective of a host of different women, though mostly all black British, from various backgrounds and experiences in a beautifully succinct and witty way (I appreciate this massively as Hemingway is my favourite writer) to create a sort of tapestry of women in Britain today exploring the themes of gender/ race/ sexuality/ identity etc. anyway it’s good, give it a go! #book #reading #girlwomanother #readingrecommendation
I think this one looks like me, what do you think? #baby2 ❤️#colour
Made a cake with Jack and I feel the cake represents my personality somewhat: extremely messy, highly decadent, lots of fun, but also a bit too much 😂😂 #cake #cakemaking
July, my birthday month, has been amazing! What with the pandemic and two babies in three years, and me disliking lockdowns only marginally more than pregnancy, let’s just say these last few years have felt like a slog. I deserve those martinis (as we all do)😂 But grateful I am to celebrate another year and to know that my reproductive years, and hopefully lockdowns, are now firmly behind me. Liberation at last 🤣🤣 I’ll drink to that. Honestly though, so fun to enjoy my beloved London in all its glory with some of my favourite people (some poctured, many not - Instagram only allows 10 pics, not enough!). In the words of Beyonce: “I told you gimme a minute, and I'll be right back” 😂🥂#London #LoveLondon #outtalockdown #free #summervibes @kurisuomakase @southbankcentre @sam_fender @dukeslondon - to tag a few places.