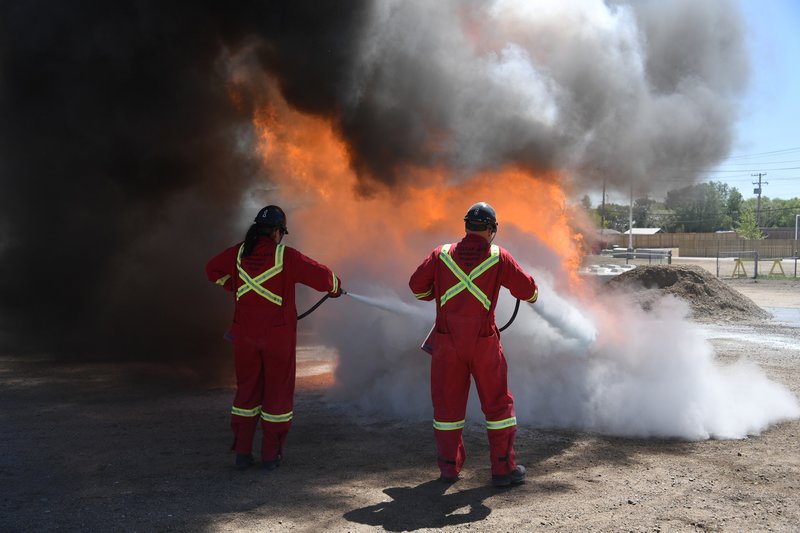 The competency of mine rescue teams to act under immense pressure can mean the difference between life and death, but teams rarely get an opportunity to practice their skills until an actual disaster occurs – except at mine rescue competitions. In June, the Saskatchewan Mining Association held its 49th annual Mine Rescue Skills Competition, attended by 700 participants. As the association prepares for its celebratory 50th event, Heidi Vella asks how such tournaments help fine-tune fast reactions in dangerous situations.

Mine rescues are highly specialised. Often working in remote regions, rescuers must be firefighters, paramedics, problem solvers and team players.

Most will need to learn these skills in addition to their full-time job as miners, mill operators, labourers or engineers, but hope never to be called on to use them. But in case they are, mine rescue contests, held throughout the world, are designed to sharpen mine rescue teams’ response and competency.

SMA President Pam Schwann and James Ferstl, incoming chair for the 2018 50th anniversary competition, as well as senior manager of health safety and security at Mosaic mining company, discuss the importance of such events.

Heidi Vella: Does competing against their peers help mine rescue teams improve their performance?

James Ferstl (JF): It definitely pushes teams harder because there is that competitive component; as well as the competition element, we are competitive mining companies, so it does push them out of their comfort zone. Though we like to emphasise that it is not about winning but about testing their skills in an environment where there is a tonne of pressure; in our minds, this gets them as close as possible to an actual event.

It is also a fantastic opportunity to share leadership skills and other aspects that go into managing and operating a good emergency response programme. Our mine rescue teams are very dedicated and even though they are still being paid to do this job, that is not their driving force, they do it because they want to make a difference.

HV: What skills are judges looking for throughout the competition?

JF: We liken it to the ballet; they need to be dead-on in every movement they make, every action they take. In real-life scenarios, it is not necessarily that critical but when we are talking about points and the overall winners, our judges need to make sure everyone is doing things consistently and that there is a high level of safety for the rescue teams and for the causalities. It really speaks to the communication and leadership of the teams. Every one of the teams has a captain and they need to communicate effectively with the team members. The team that has the best communication and leadership tends to come out on top because they were guided well.