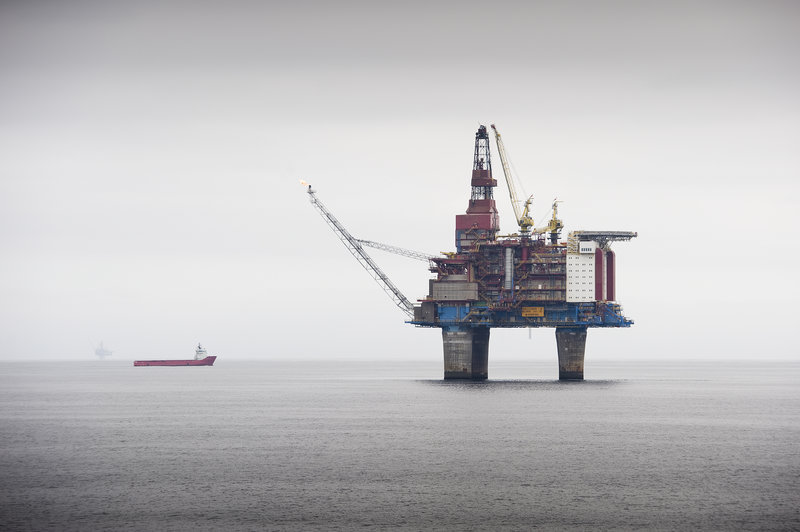 Statoil’s Gullfaks field, the first ever to be both developed and operated by the company, has celebrated its 30-year anniversary. Most impressively, it is only middle aged and is expected to continue on into the mid-2030s – nearly 30 years beyond the original development plan. Heidi Vella reports on what Gullfaks has meant for Statoil.

The name Gullfaks comes from the word “Gullblokken” (the Golden Block), the original name given to block 34/10, where the main Gullfaks field lies in the Norwegian North Sea, prior to its allocation in 1978.

And the block has certainly proved golden for Norway’s Statoil. It was the first field the oil and gas multinational would both develop and operate, and provided a platform for the company to effectively find its feet on the Norwegian continental shelf (NCS).

Despite foreign interest in the block being very high – hence its nickname – its licence was originally awarded to a wholly Norwegian group, consisting of Statoil (85%),Hydro (9%), a now defunct division of Norsk Hydro, and the now closed Saga (6%). This was the first time a purely domestic consortium had been awarded an offshore licence.

Through Gullfaks, Statoil has developed and tested several key technological capabilities and significantly expanded its subsea installations. Without the technology first used at Gullfaks, it could not have developed fields such as Åsgard, which ranks among the largest developments on the NCS, and Troll, which represents around 40 % of total NCS gas reserves.

This experience ultimately led to Statoil bringing onstream the world’s first subsea wet gas compression system on the seafloor of Gullfaks field in 2015.

First explorations of Gullfaks in the 1970s indicated that it was a significant oil and gas reservoir, yet the field was not expected to operate long into the new millennium.

Since production started at Gullfaks on 22 December 1986, 2.6 billion barrels of oil (bbo) have passed the loading buoys, according to the company. And last year, The Norwegian Petroleum Directorate (NPD) gave the green light for the company to use the oil and gas platform on the Gullfaks field in the North Sea until 1 January 2036, which corresponds to the length of the production license.

“After 30 years, we still believe in Gullfaks, which has seen major investments and undergone extensive upgrades in recent years,” adds Nakken, who is also Statoil’s site manager in Bergen.

Over the years, the project has continued to grow. Statoil opened the valves of its very first subsea well in Gullfaks and the technology has since been used on many other fields, with many satellites linking back to the field. These include Rimfaks, Skinfaks and Gullveig – which have all been developed with subsea wells remotely controlled from the Gullfaks A and C platforms.

Throwing back to this pic when I was slim and sun-kissed after six months in Sydney and six months in South America. Ahhh to travel 💙❤️💙❤️ #throwback #sunkissedmemories
Thinking of making cinema in Soho and dinner in China town a New Years Day tradition…just need to find a babysitter every year! #LoveLondon #holidays #newyearsday
Been reading this book over the holidays. This passage written by Orwell about the rich and middle classes’ fear and suspicion of the poor still holds some relevance today sadly, I’d say. He wrote it after his experiences of extreme hunger and working 14 hr days as a ‘plongeur’ (basically a hotel kitchens dogs body) in Paris. #Orwell #Reading
Fortunately, living in the greatest city in the world - yes - made Christmas 2021 memorable despite it not going to plan. Now, I am quite glad to see the back of this year, for obvious reasons. So here’s to hoping 2022 is much better for us all! #London #holidays #2022 #HappyNewYear
I was supposed to be writing this Christmas post while soaking up sun rays in St Lucia, feeling well rested and turning a nice golden colour. Instead I’m in blustery Blighty (this has nothing to do with covid, I should add). However, despite our plans going to shit, and despite my entire family being ill the week prior to Christmas Day, and me having a stomach bug for the three days over Xmas - so I was not able to eat or drink much without unpleasant consequences! - this Grinch managed to have a lovely time. It was just nice to spend time with some of my of family. More to follow… #Xmas #Christmas #Holidays #Christmas2021
After being nurse for the best part of a week we managed to get out for one day before I was struck down with illness (stomach bug not covid). Battersea Power Station was lovely, we even went on the Ferris Wheel. #holidays #christmas2021 #Plaguecityisstillbeautiful